THE SUSPECT Depicts the Agony of an Abandoned North Korean Agent 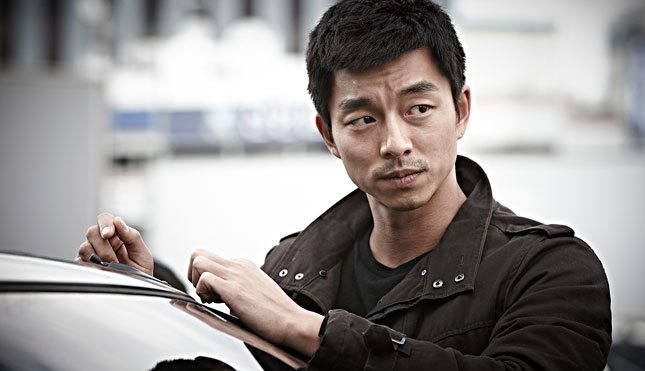 The Suspect is a male-oriented movie. A man desperately chases another man to clear his name. The two characters are GONG Yoo and PARK Hee-soon. Their names alone vouch for the prospect of another good film. In addition, the director is WON Shin-yun, previously responsible for 7 Days (2007) which recorded two million admissions thanks to its breathless plot.
JI Dong-chul (GONG Yoo) is a North Korean intelligence agent abandoned by his country after a political power change. Dong-chul has something to find out and lives secretively in South Korea. But soon, Dong-chul faces a crisis as he becomes a suspect in a murder case.
A man hunts the falsely accused Dong-chul. He is colonel MIN Se-hoon (PARK Hee-soon). In the past, they were involved in another case. The Suspect comes to its climax as chief KIM (CHO Seong-ha) of the National Information Agency, the Korean version of the CIA in the U.S., and a documentary PD (YOO Da-in) get entangled in the case. 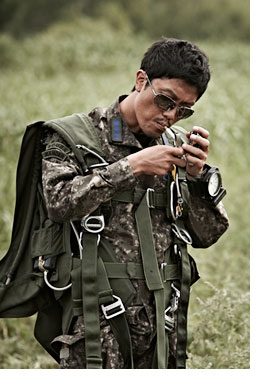 Its story unfolds very fast and dynamically. “You will never be bored as you watch this film,” said producer SHIN Chang-hwan. “We will show you the best action.” Excellent staff were brought together for this project. For example, LEE Sung-jae and O Se-young joined the project as the director of photography and the director of action choreography, respectively. LEE worked on The Chaser (2008) and The Yellow Sea (2010) while O took charge of action scenes in War of the Arrows (2011).
Producer SHIN compared The Suspect with The Bourne Ultimatum (2007) in terms of its tone. “That does not simply mean the editing. The film itself is also very dynamic,” SHIN added. “Audiences will become excited and feel as if they were running with the characters while watching the movie."
Another strength is that the movie features no CG-based spectacle but instead realistic action sequences.” For instance, the scene where colonel MIN appears for the first time is a drop drill from a military carrier at a high altitude to infiltrate into places behind enemy lines. This matches what the staff said, “We will present unique action scenes that are rare in Korean films.”
But this film is not an action-only production. According to producer SHIN, director WON always emphasizes that the drama and action portions account for 51% and 49% of the film respectively. GONG Yoo significantly changed his image for this project. Director WON asked GONG to show strong expressions through his eyes and succeeded in satisfying the director with his performance.
Any copying, republication or redistribution of KOFIC's content is prohibited without prior consent of KOFIC.
Related People Related Films