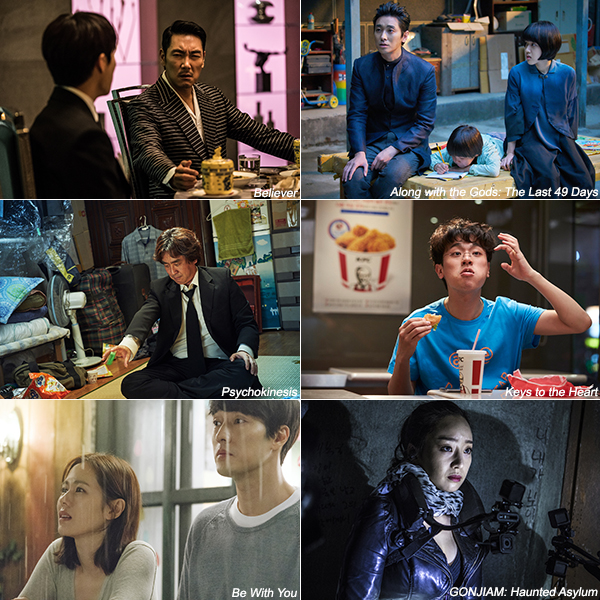 There’s a strange mood around the Korean film industry these days as the final figures for 2018 have rolled in and the hits, misses and trends of the past year are being tallied up. The overall figures, which are only slightly down from the previous year, may not seem particularly worrisome in an industry that is generally considered to have reached its saturation point, but a closer look at what worked and what didn’t, particularly after a very poor end-of-year box office season, has prompted a bit of soul-searching regarding the future of the commercial industry.
A total of 216.39 million tickets were sold in 2018, which was down 1.5% from 2017 and was the lowest annual figure recorded since 2014, when the industry sold just over 215 million tickets for the first time. The local market share held onto an overall majority for the eighth year in a row with 50.9%, but this also was down from 51.8% a year earlier and was once again the lowest Korean market share recorded since 2014, when 50.2% of tickets were sold for domestic films. 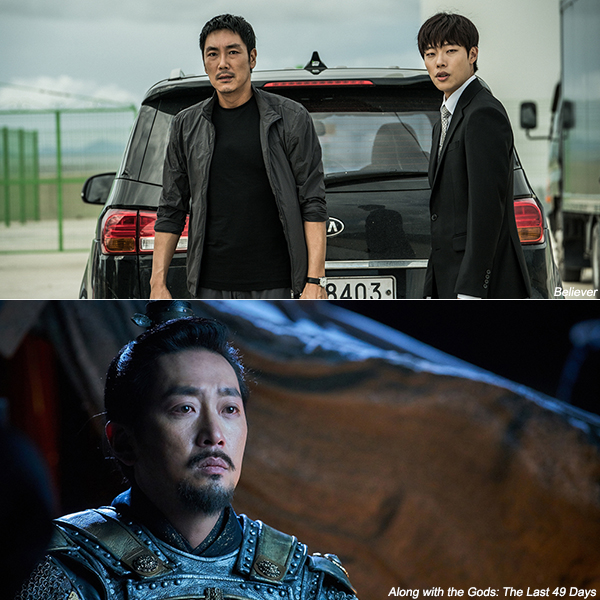 The big takeaway from the box office performances of the year was the overall failure of big-budget productions, despite a record number of them being released during the year. Of the 15 films with budgets (including both production and marketing costs) exceeding the KRW 10 billion (USD 9 million) mark, 11 failed to reach their break-even points, many of them by wide margins. Concerning the four that did make it to the black, two barely broke even (The Spy Gone North and The Great Battle), leaving only two projects (Believer and Along with the Gods: The Last 49 Days) that succeeded among these 15 costly gambles. This was a far cry from the already worrisome 2017 figures, when only six of 12 big-budgets films crossed their BEPs.
Of course, if most of the tentpoles failed, how did the overall industry finish 2018 relatively close to the annual totals of recent years? The encouraging difference last year was that a large number of lower-budget titles, several of which from genres that were believed to be past their heyday in Korea, surprised as sleeper hits throughout the year. These included a low-budget found footage horror (GONJIAM: Haunted Asylum), a so-called “healing” youth drama (Little Forest), a fantasy melodrama (Be With You), a romantic comedy-drama (On Your Wedding Day) and a high-concept single location comedy (Intimate Strangers). 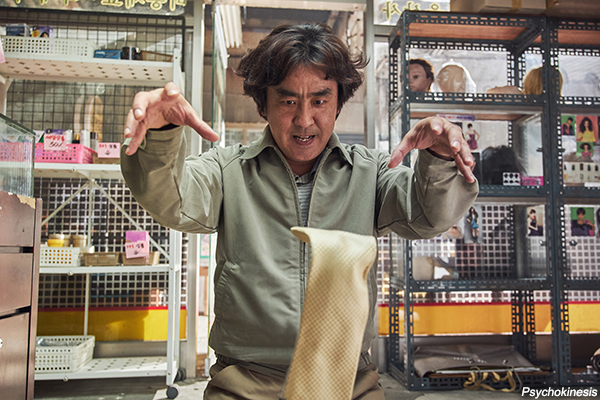 Owing to the spectacular performance of local films at the end of 2017, last year got off to a good start as two major holdovers, Along with the Gods: The Last 49 Days and 1987: When the Day Comes (2017), welcomed a significant amount of their audiences in the New Year. Once that pair wrapped up it was time for the Lunar New Year releases, but all four of the titles scheduled for the season (Psychokinesis, Golden Slumber, Detective K: Secret of the Living Dead and Heung-boo: The Revolutionist) failed to reach profitability. The performance of Psychokinesis was singled out in particular, as this superhero action-drama from TRAIN TO BUSAN (2016) director YEON Sang-ho was unable to cross the one million viewer mark.
The next high season, the late summer period from mid-July to late August, produced mixed results as the fantasy epic sequel Along with the Gods: The Last 49 Days predictably performed strongly, while KIM Jee-woon’s ILLANG : THE WOLF BRIGADE proved to be a major misfire for Warner Bros. Korea, also falling short of one million admissions, and the period espionage drama The Spy Gone North pulled in a decent audience, but one that couldn’t quite justify its high price tag.
Four more tentpoles were booked for the Chuseok holiday, but with three of those released on the same day, they ate into each other’s potential, and only the period siege action-drama The Great Battle was able to cross its break-even point, though only barely. Yet the worst was saved for the very end of the year as both the period crime drama The Drug King with SONG Kang-ho and the Korean War tap dance music drama Swing Kids went head-to-head with Aquaman a week before Christmas and each slinked away well shy of two million viewers, a fate which also awaited the action-thriller Take Point starring HA Jung-woo a week later. 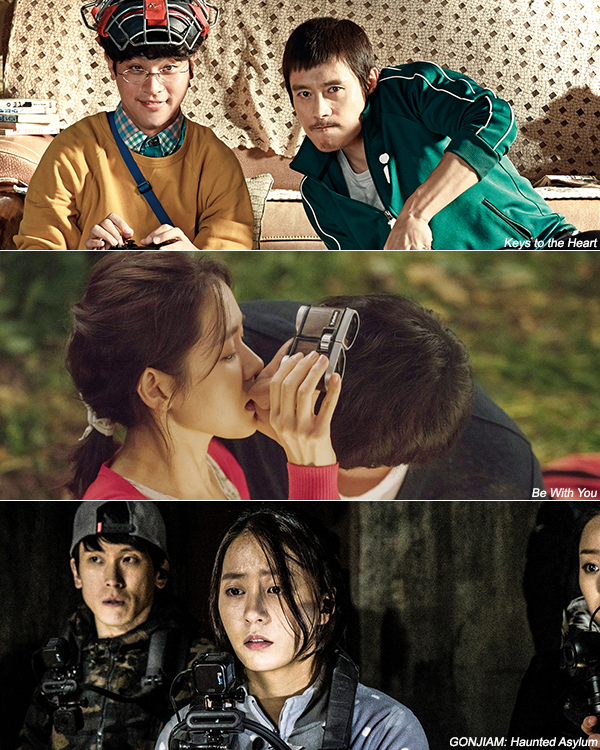 For several years the industry has been solidifying around these four major points on the calendar with increasingly more expensive fare, but as audiences grew tired of the familiar star-driven historical titles and action-dramas, the lucrative projects turned out to be the ones setting their sights on smaller demographics and quieter box office periods. The family drama Keys to the Heart was the first bright spot of the year in mid-January and was later followed by a slew of unexpected hits in the slow post-Lunar New Year months, as Little Forest, Be With You and GONJIAM: Haunted Asylum all performed far better than expected. As the year wore on, mid-range titles continued to surprise, with the action mystery-thriller The Witch : Part 1. The Subversion and The Accidental Detective 2: In Action boasting sturdy releases in June, the thriller The Witness pulling in solid audiences in August, followed by the success of the low-budget romantic title On Your Wedding Day at the end of the month.
Usually a strong period for local films, the fall season was a tricky one in 2018. Period zombie action-drama Rampant failed to catch on, and the amount of mid-budget hits was lower than usual, aside from the major success of Intimate Strangers (a remake of the Italian high concept comedy-drama Perfect Strangers), the star-driven procedural Dark Figure of Crime and the 90s financial drama Default. Meanwhile two low-budget works, the local independent drama Miss Baek, which has earned a slew of industry accolades for its star HAN Ji-min, and Door Lock, a remake of the Spanish thriller Sleep Tight, also just about made it past their low break-even points.
In terms of individual surprises, perhaps nothing was as shocking as the extraordinary (and ongoing) performance of the Freddy Mercury biopic Bohemian Rhapsody, which welcomed 9.22 million viewers in the last two months of 2018, outlived all the end-of-year tentpoles and is looking to be the first film of 2019 to cross the ten million viewer mark, and only the sixth non-Korean film to ever do so in the market. After opening in second place and rising for several weeks throughout November, the film found its way to the top of the charts and Queen mania quickly took hold of the nation, with classic tracks from the British rock legends invading public spaces and special sing-a-long screenings of the film emerging as hot events towards the end of the year. 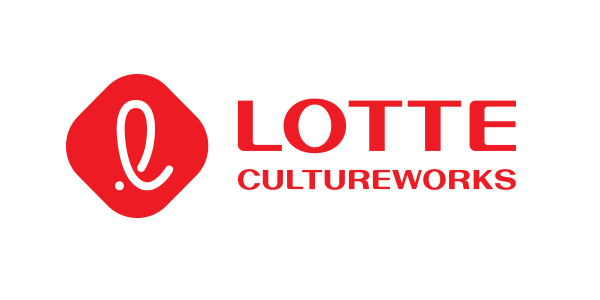 Another big change in 2018 was that for the direct time in over a decade, a new name topped the distributors charts. Building on an already solid 2017, Lotte Cultureworks (formerly known as Lotte Entertainment) clinched the top spot following the successes of Along with the Gods: The Last 49 Days, Intimate Strangers and their hit import Mission: Impossible - Fallout. Among local distributors, CJ Entertainment fell to second place, while Next Entertainment World was in third place despite releasing five of the year’s big-budget titles. Showbox, which had smaller than usual slate during the year, was unusually last among the year’s local studios.
With most of the production pipelines for 2019 already set, any changes stemming from the reactions to the rocky box office landscape of last year might not be felt for a few seasons, but the changing tastes of audiences and a new investment landscape (several burgeoning financiers and distributors may debut their first titles over the next year or two) may push Korean cinema in a new direction, leaving the established studios scrambling to catch up in the near future.
Any copying, republication or redistribution of KOFIC's content is prohibited without prior consent of KOFIC.
Related People Related Films Related Company Related News